„The Canadian pianist Yaroslav Senyshyn is Professor of Music and Moral Philosophy at Simon Fraser University in British Columbia. He is an honest to goodness academic philosopher, with the scholarly publications to prove it. Probably this has led to his musical career being slighted in some way, although Senyshyn has given an increasing number of performances in recent years. Born in 1950, he was a piano student of Antonina Yaroshevich, a contemporary of Vladimir Horowitz at the Kyiv Conservatory, where both studied with Felix Blumenfeld.

Senyshyn, not surprisingly, is drawn to the Romantic repertoire. He has made an engaging recording of selected preludes and Études-tableaux of Rachmaninoff, and with his wife, flutist Susan O'Neill-Senyshyn, he has collaborated in a lovely live account of Franck's Violin Sonata in an arrangement for flute and piano. As a student of moral philosophy, Senyshyn has the capacity to empathize with the inner lives of the composers he performs, giving their works a wholeness that only can come from a deep appreciation for their entire personality. He possesses a big, rich, highly individual tone, while being unafraid to create a very wide dynamic range. He is not what I would call an "in tempo" player. He doesn't choose a speed for a passage the way one might pick for oneself a suit of clothes. Rather, Senyshyn varies his tempos in accordance with the total musical substance of a passage. This is most notable in the last movement of Chopin's Second Concerto, where Senyshyn finds depth in figurations that most pianists just treat as bravura passage work. Senyshyn's playing really swings, with heart and soul that make the listener want to dance.

Senyshyn mentions in his delightful album notes that Vladimir Horowitz regretted not performing or recording a program of Chopin and Liszt's Second Concertos. Senyshyn only learned the Chopin a few months before the recording sessions. The Chopin player he reminds me of the most is Stefan Askenase, who recorded for DG in the 1950s and 1960s. There is the same unforced lyricism, with healthy doses of rubato. Senyshyn writes that he tried to play the Second Concerto like a 19-year-old, the age Chopin was when he composed it. I must say that this performance, while full of heart and brio, is nothing like the work of any 19-year-old I've ever met. Senyshyn's opening movement is truly Maestoso, without ever turning overly majestic; a confiding intimacy always is present. The slow movement is a breathtaking reverie, while the finale takes the profusion of pianistic ideas and lets each one sing.

Senyshyn writes that he prefers Liszt's Second Concerto over his First. The late Charles Rosen thought the opposite. I must say that the First seems better constructed, while the Second requires a mastery from all the performers to bring it off. In this endeavor, Senyshyn is aided immeasurably by conductor Oliver von Dohnányi. He really knows how to shape a Lisztian big line, and Senyshyn is hand in glove with him all the way. This is a huge, brawny performance that never loses its lyricism-including in a very fine cello solo. Senyshyn's sound here is much more orchestral than in the Chopin. If there is a moral, ethical way to interpret each composer correctly, Senyshyn seems to be practicing it.

The CD's sound engineering is very good, with a few minor glitches in the Liszt. Senyshyn comments in his notes on "playing my instrument in relative obscurity" for "63 years." I only hope that this is one of the rare recordings that brings an artist to wider public awareness. Highly recommended.“ 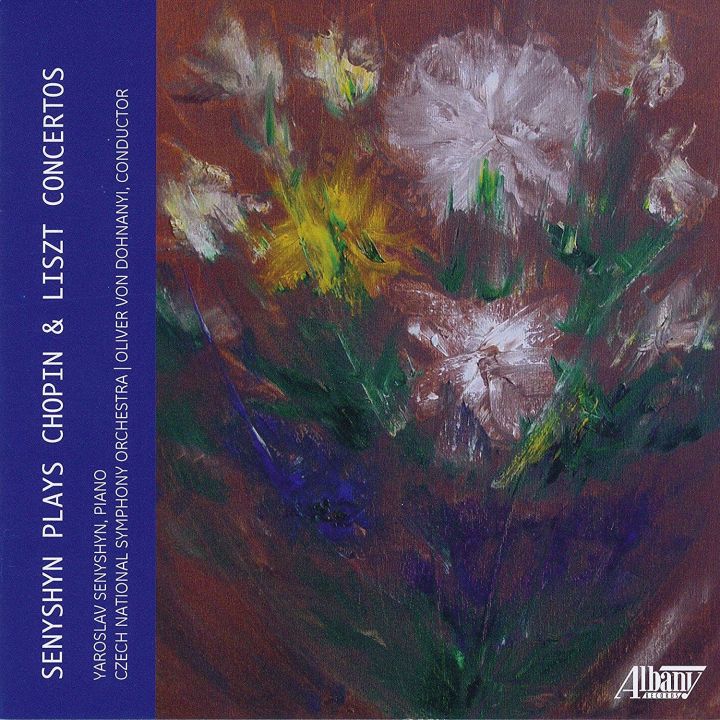