Alongside the soloist the Czech National Symphony Orchestra led by Kenneth Kiesler, she will be performing Joseph Joachim’s concerto Op.11. “ in the Hungarian Manner”.

Joseph Joachim was a violinist of Hungarian Jewish descent, who also wrote, conducted and taught music. His masterful technique and interpretation earned him status as the most highly esteemed violinist of the 19th century. The musical influence he exerted on the Berlin music scene at the time fundamentally transformed the aesthetics and interpretation of German music. Accolades included composing virtuoso works, violin concertos, orchestral overtures as well as chamber music.

Assistant professor at the Faculty of Music at Valparaiso University, the internationally acclaimed violinist and musicologist Katharina Uhde has long been dedicated to the works of Joseph Joachim. This includes a CD featuring virtuoso works compositions for violin and orchestra with the Polish Radio Symphony Orchestra in Warsaw. She has also released an edition with Bärenreiter performed with the orchestra in Ann Arbor (2018), Valparaiso (2018), China (2019) and Warsaw (2019).

Sit back and savour this exceptional performance of Joachim’s “Hungarian Concerto” with none other than the Czech National Symphony Orchestra. 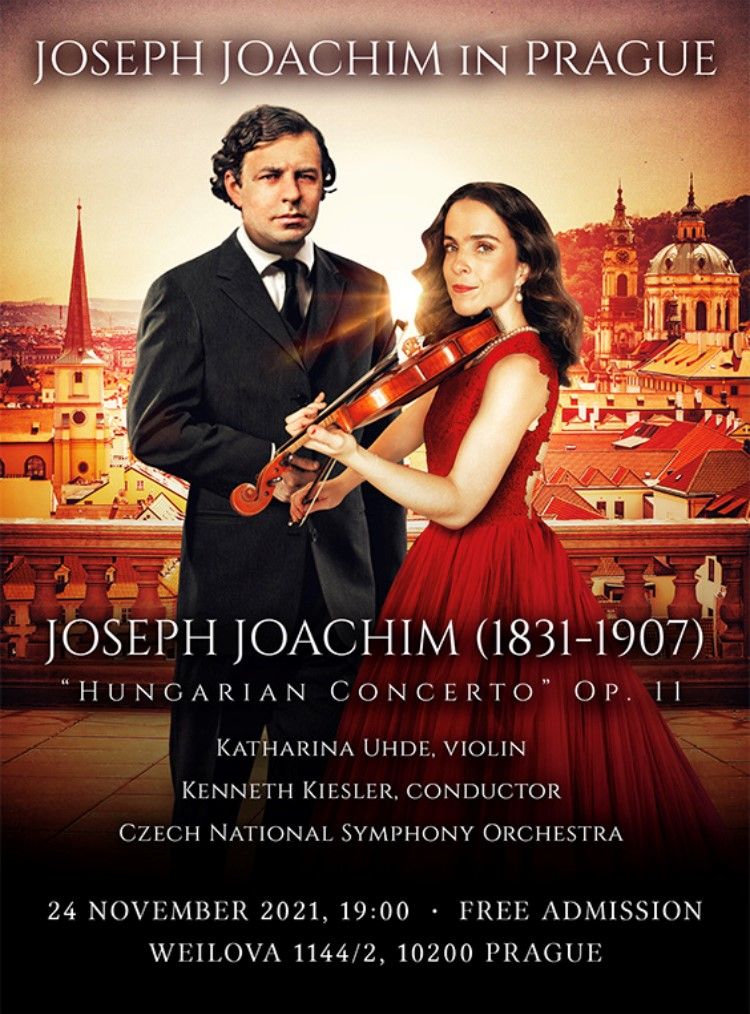