Iconic film melodies as well as unpublished footage of Maestro and his famous collaborators.

The new concert program will include the most famous songs from the films Bio Paradise, Then in America, Good and Ugly, Incorruptible, Missions and more.

It’s time to celebrate the world’s greatest film composer with a new ENNIO MORRICONE – THE OFFICIAL CONCERT CELEBRATION concert tour! The Czech National Symphony Orchestra will pay homage to the Maestro in part of big concert tour in many European and non-European capitals. The program will be complemented by a large-screen projection and will also include iconic scenes from the most famous films, lighting effects, and soloists with whom Maestro Morricone has collaborated for many years will perform on stage together with a symphony orchestra and a large choir.

ENNIO MORRICONE – THE OFFICIAL CONCERT CELEBRATION will be a spectacular music event curated by Ennio Morricone himself. His son, Andrea Morricone, will take over the baton. 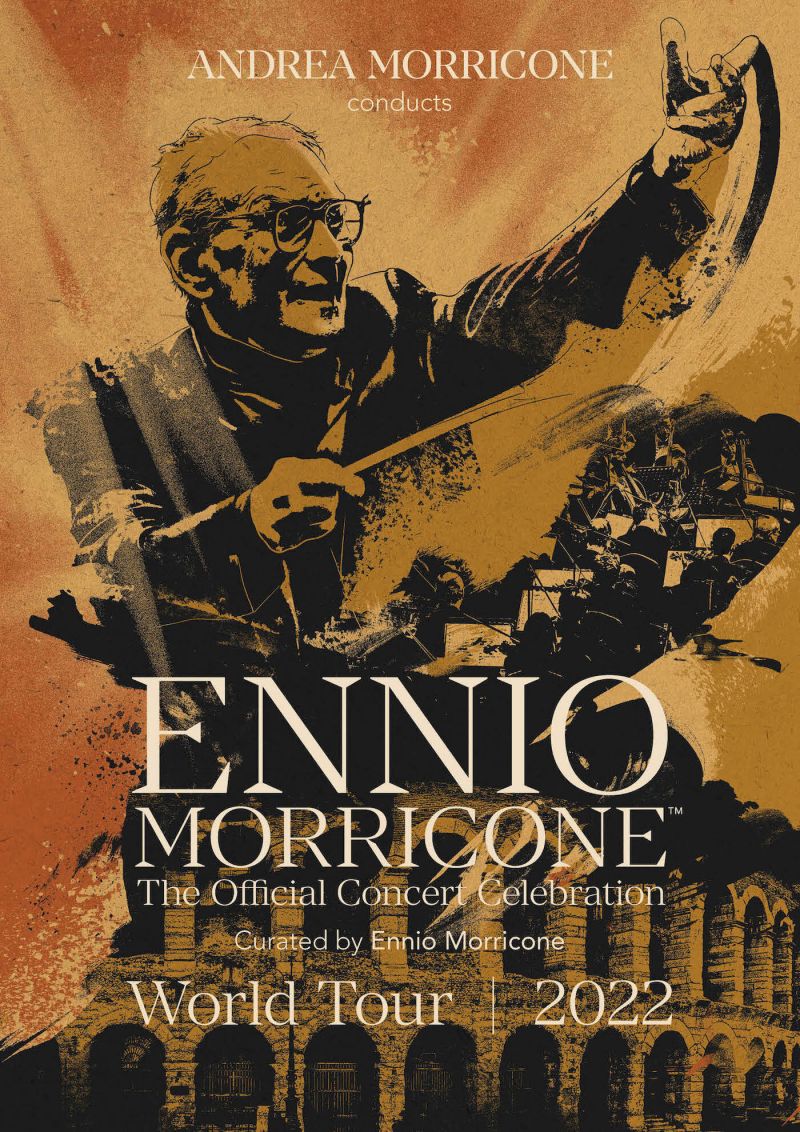