José Carreras, one of the legendary “Three Tenors,” was born Josep Carreras (Josep is his Catalan name, the equivalent of the Castilian Spanish José) in Barcelona in 1946. He began singing at a very early age; family lore holds that he serenaded passengers on a voyage home from Argentina when he was only five. He was inspired by the film biography The Great Caruso, starring Mario Lanza, and is said to have learned each and every aria contained within.

After a mere two years of voice lessons, the young Carreras sang “La donna è mobile” from Verdi's Rigoletto on Spanish National Radio — a performance that has been preserved and is included in one of his video biographies. He made his professional operatic debut at the age of eleven in Manuel de Falla's El retablo de Maese Pedro. This unique opera, written originally for a puppet theater, has as one of its primary roles an exceptionally difficult part for boy soprano — a part so challenging that it is rarely sung by a child, usually taken instead by an adult mezzo-soprano.

After his voice changed, he took up studies with Francisco Puig, then with Juan Ruax, whom Carreras now regards as his “artistic father.” At Ruax's encouragement, he auditioned at the Barcelona Liceo and landed the small role of Flavio in Bellini's Norma. This small break would have enormous consequences, since it brought him into contact with the already-famous Montserrat Caballé, who was very taken with the young tenor and recommended him to her management. The resulting engagement, opposite Caballé in Donizetti's Lucrezia Borgia as Gennaro, is now generally considered his real debut as a tenor, and helped to launch his career.

Carreras made his American debut in 1972 at the New York City Opera as Pinkerton in Puccini's Madama Butterfly. His Covent Garden debut (1974) was as Alfredo in La Traviata, and his first appearance at the Salzburg Festival was in Verdi's Requiem at the request of maestro Herbert von Karajan. He first appeared at the Vienna State Opera as the Duke in Rigoletto (1974), at the Met the same year as Cavaradossi in Tosca, and as Riccardo in Un Ballo in Maschera in 1975.

By the age of 28 he had already sung 24 different roles in the leading opera houses of Europe and the Americas. This busy schedule gave rise to some controversy: critics sometimes found his voice strained and complained that he might be overtaxing himself. It was not immediately recognized that this tiredness masked the onset and development of the blood disease leukemia, not diagnosed until 1987, when it had reached an acute phase.

It was during his treatment that the Three Tenors phenomenon was born. Having competed ruthlessly with both Domingo and Pavarotti for ascendancy in the world of opera, he now struck up genuine friendships with both men, who supported him during his illness. Their first concert together was conceived as a fundraiser for the newly created Josep Carreras International Leukemia Foundation. It drew a live audience in the tens of thousands and an international viewership of tens of millions. The resulting records and videos were phenomenal sellers.

Carreras is widely represented in operatic and concert recordings, numerous crossover recordings of various styles, and a large number of videos. He has over 50 complete opera recordings. His video biography, A Life Story, which included his battle with leukemia, won an international Emmy award. 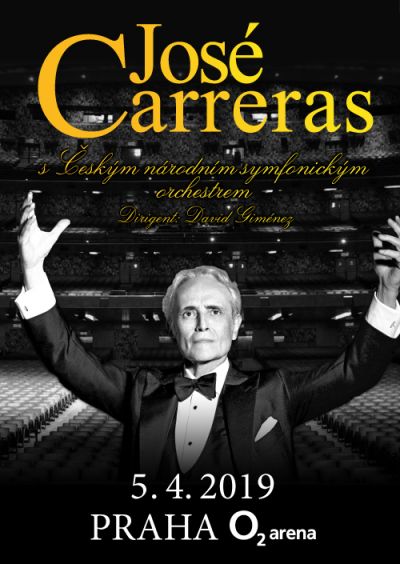