The long-awaited nominations for the prestigious Grammy Awards 2022 were unveiled a couple of days ago. Alongside big names including Billie Eilish, Tony Bennett, Lady Gaga, the Los Angeles Philharmonic and the London Symphony Orchestra, features the conductor, arranger and composer Vince Mendoza for his album Freedom Over Everything. He recorded this with none other than the Czech National Symphony Orchestra, which signifies a huge international success story for the Czech music scene.

The Grammy is an award presented each year by the National Academy of Music and Sciences in the United States for outstanding achievements in the music industry. Vince Mendoza is no newcomer to it, however. He is a six-time Grammy winner, having amassed over thirty nominations during the course of his career to date. This time around he has received not one but two nominations for two different tracks on the album Freedom Over Everything, which was recorded together with the Czech National Symphony Orchestra. As such, he could potentially pick up an award for his Concerto for Orchestra: Finale in the best instrumental composition category as well as for the composition To The Edge of Longing in the best arrangement, instrumental and vocals category.

Following the announcement of the Grammy Award nominations, Director of the Czech National Symphony Orchestra, the brainchild behind the project and the producer of the album Jan Hasenöhrl told the following to CTK: “We’re truly delighted with the news because it was actually our initiative and we gave a huge amount to the album. We started working on it around four or five years ago. Apart from the mounds of energy we put into it, we’re also the producers. So I’m especially pleased to see it pay off. Just the nomination alone is a great reward.” 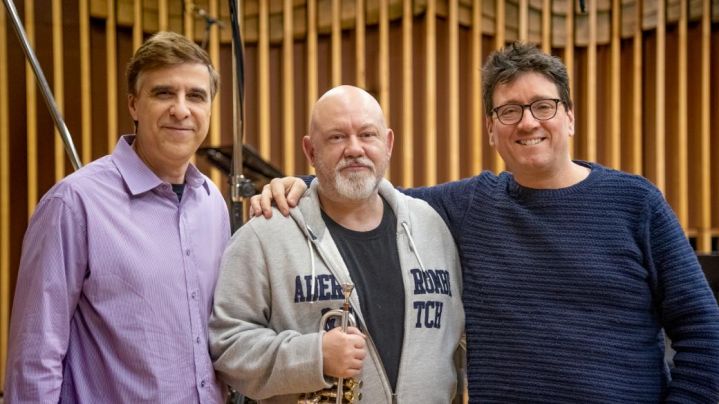