This will be the Czech National Symphony Orchestra’s 27th event year with Steven Mercurio at the helm running his first full season, having taken over from Libor Pešek. A concert featuring Azrieli Foundation winners will mark the first of a total of five subscription concerts. In addition to this, audiences can look forward to attending two special concerts – the Christmas “Evergreen” Tři oříšky pro popelku (Three Wishes for Cinderella) and Zlatá šedesátá (the Golden Sixties).

Once again the programme for the forthcoming season serves up a broad range of styles. The classical music offering includes compositions by Gustav Mahler (Symphony No. 1, "Titanic", "Adagio" from Symphony No. 10), Antonín Dvořák (Symphony No. 9, "New World"), Pyotr Ilyich Tchaikovsky (Symphony No.  6 “Pathétique”) and Bohuslav Martinů (Concerto in D Major for two violins and orchestra). This year’s film music will be presented as Jazz on Screen. As the name suggests, performances will feature film projections just as is the case at Hollywood Night concerts during the Proms. You can also look forward to music from world-class jazzmen Pat Metheny, Michel Legrand, Terence Blanchard and Vladimir Cosma.

The subscription series will also involve collaborations with top vocalists and soloists. In the first subscription concert we will be presenting the Canadian soprano Sharon Azrieli performing alongside violinist Lara St. John, who has worked with prestigious international orchestras such as the Cleveland Symphony Orchestra and the Philadelphia Symphony Orchestra. The Jazz on Screen concert will also feature soloists including Jan Hasenöhrl, Lukáš Chejn, Vít Pospíšil and Sheléa Frazier.

The final subscription series concert will shine a light on the violin solos of prof. Bohuslav Matoušek and Jakub Junek performing pieces by the Czech greats Antonín Dvořák and Bohuslav Martinů.

The first of the season’s two special concerts will be a film screening of Three Wishes for Cinderella. It cannot be denied that to a large extent this “classic” rose to fame thanks to Karel Svoboda’s score. Vít Pospíšil will be conducting the CNSO perform the music to this film on 22nd December in the Municipal House. The second show held outside of the subscriptions series will be our Golden Sixties concert. This will involve a selection of classic Czech film and musical tracks which continue to delight listeners to this day. We can look forward to guest appearances from the local legends Eva Pilarová and Josef Zíma.

The Smetana Hall at the Municipal House will play host to both the 2019/2020 subscription series concerts as well as the two special concerts listed above. Presales for the whole subscription series were launched on 20. 3. 2019 and finished on 31. 8. 2019. Subscribers automatically receive a 30% discount on tickets for special concerts and tickets to the Prague Proms 2020 international music festival. Ticket sales for individual concerts were made available from 9 am on 1. 8. 2019.

More information about presales is available on: https://www.cnso.cz/en/tickets/season-pass. 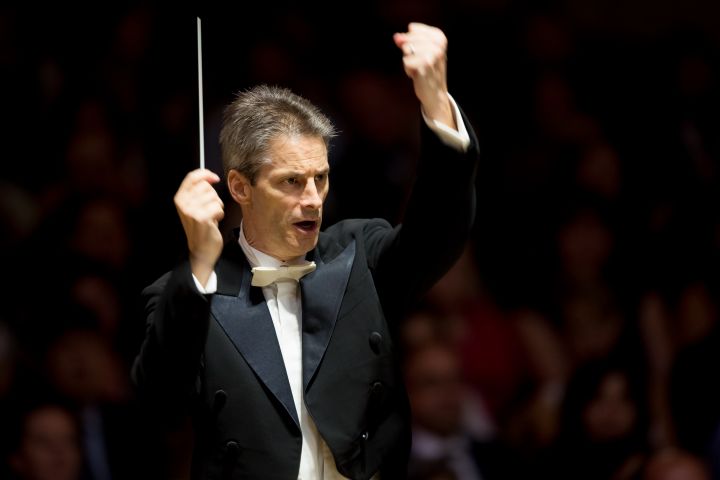