We will inform all visitors who have purchased tickets for this concert via e-mail or telephone.

The Czech National Symphony Orchestra will close the 28th Subscription Season with a challenging programme featuring gems by two representatives of late Romanticism. Richard Wagner's music has the power to transport receptive listeners into a fantastical world far beyond the rational, despite being at times criticised for its excessively longwinded approach. To this day his instrumentation and sense of orchestral colour remains unsurpassed and continue to serve as an example for many other composers.

A native of Munich, the most acclaimed successor of Wagner has to be Richard Strauss, who drew his basic inspiration from the operas of this cult composer. After all, Tristan and Isolde was the first work conducted by Strauss in Berlin in 1898. His compositions convey sources of inspiration in history and philosophy, which he studied before fully immersing himself in writing music. The comic opera Der Rosenkavalier (The Knight of the Rose), from which we will hear the orchestral suite in the second half of the concert, is generally considered as somewhat lighter in style in the context of the Strauss' oeuvre overall. The composer wrote this piece to pay tribute to W. A. ​​Mozart, who was his most cherished musical idol. 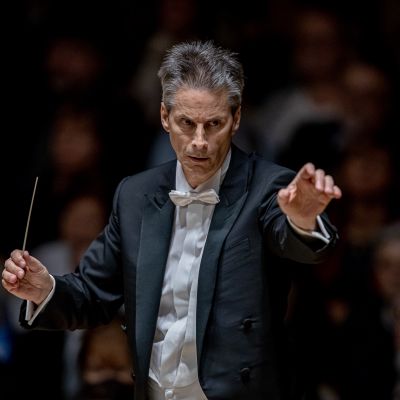