Lovers of symphonic music can look forward to feasting on the works of two top romantic composers, who for a certain period of their lives, were allured by the discovery of the New World across the Atlantic.

The first half of the concert will be devoted to Nikolai Andreevich Rimsky–Korsakov's orchestral suite Sheherezade. Since premiering in St. Petersburg in 1888, this ingenious composition inspired by the oriental stories of One Thousand and One Nights, has embarked on a journey to winning over the hearts of listeners all over the world. Today, it is hard to believe that this composer of such unrivalled melodies claimed all his life that he was a mere amateur naval officer occasionally either performing or listening to music.

After the break, the audience will have the opportunity to indulge in one of the most famous symphonic works of all time. Dvořák's New World Symphony can be considered both a legend and a symbol. Its melodies (especially the theme in the slow movement) are still considered by many Americans as reflecting their own folk music. In reality, however, the music contained in this symphony is a simple expression of the composer’s longing for his homeland. 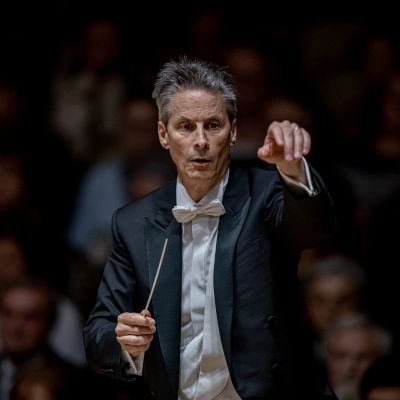